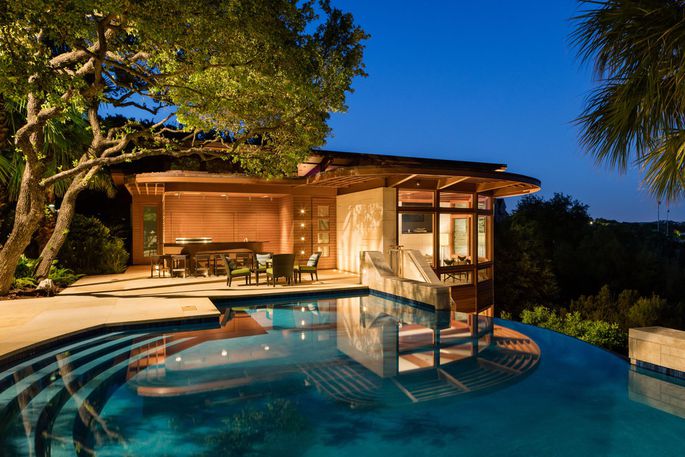 Luxury home prices rose 7.9 percent in the first quarter of 2018 compared to last year, to an average of $1.8 million. This analysis tracks home sales in more than 1,000 cities across the country and defines a home as luxury if it is among the top 5 percent most expensive homes sold in the city in each quarter. The average price for the bottom 95 percent of homes was $330,000, up 7.5 percent compared to a year earlier. The inventory shortage in the luxury market is newer and somewhat less severe than the inventory shortage for more affordable homes. The number of homes for sale priced below $1 million has been in decline since the third quarter of 2015 and fell 22.8 percent in the first quarter compared to last year. Competition for luxury homes is also escalating. The average luxury home that sold last quarter went under contract after 82 days on the market, nine days faster than the same period last year. While only 1.5 percent of luxury homes were bid up over the asking price, that’s up from 1.3 percent in the first quarter of 2017.

“For the first time since changes to the tax code went into effect, luxury buyers could no longer deduct more than $10,000 in state and local property taxes or interest for mortgages over $750,000. In a world of balanced supply and demand these changes would have dampened price growth. Instead, this quarter saw the strongest luxury price appreciation in four years, demonstrating that the current inventory crunch is extremely broad-based and affects buyers at every price range,” said Redfin chief economist Nela Richardson.

Several cities in Florida and Nevada saw strong luxury price growth in the first quarter. In Vero Beach, Florida, the average sale price for a luxury home soared 68 percent over last year to $2.65 million, while the rest of the market saw strong, but less eye-popping, growth of 7.9 percent. The early January sale of this $17.5 million property likely played a role in driving up the average sale price in Vero Beach .

Luxury home prices were up 51.3 percent in Reno, 26 percent in Las Vegas and 22.4 percent in Henderson, a Vegas suburb.

Jaime Moore, a Redfin agent in Reno, said, “We’re seeing an influx of buyers from high-cost areas such as Seattle, San Francisco and Southern California. Some come for retirement and the low taxes, others for tech jobs at companies like Tesla, Amazon and Switch. More companies are relocating here as the cost of living for the average employee has gotten too high in other cities. This is all leading many buyers to our area with larger pocketbooks than we have seen in the past and bidding wars and prices are reflecting that demand.”

The average price for a luxury home fell furthest in Long Beach, California, down 26.1 percent year over year last quarter. Prices for high-end properties also fell in Washington, D.C. (-9.6%), Fort Lauderdale (-7.3%) and Clearwater (-4.5%). Among the markets where luxury home sale prices declined, only Washington, D.C. saw prices in the rest of the market also fall, down half a percent.

Curious about the most expensive homes sold last quarter? Take a peek at the top-10 most expensive sales and live vicariously through these new luxury owners:

Methodology: Redfin tracks the most expensive 5 percent of homes sold in more than 1,000 U.S. cities and compares price changes to the bottom 95 percent of homes in those cities. Analysis is based on multiple-listing and county recorder sales data in markets served by Redfin. To determine luxury market winners and losers, we looked at cities with at least 40 luxury sales in the quarter and an average luxury sale price of $1 million or higher.