Please Don’t Plant That There! 8 Epic Mistakes People Make With Trees and Shrubs

Please Don’t Plant That There! 8 Epic Mistakes People Make With Trees and Shrubs 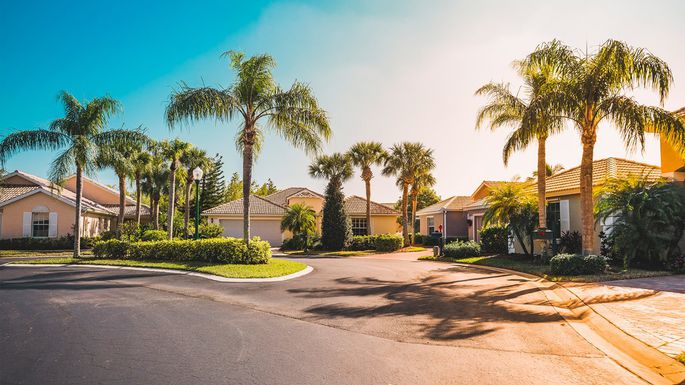 Have a home with a yard? Then you might be pining to plant something to make it lush. Only problem is, many homeowners are at sea in big-box garden centers, selecting species that just won’t thrive—or even survive—in their yards.

To the rescue, we’ve asked some green thumb experts for the biggest mistakes people make planting (and caring for) trees and shrubs. Read up on these bloopers to avoid before you dig in!

Swaying palm trees channel a vacation vibe, and you’ll see them everywhere in Los Angeles, Florida, and other warm-weather areas, but here’s a little secret: They aren’t native to these areas—and can even be dangerous if you plant them near your home.

“I wish homeowners would not plant this tree,” laments Cassy Aoyagi, president of FormLA Landscaping. Many palms, particularly the Washington fan variety, are highly flammable, so when brush fires pass nearby, they can bake these plants from down below and cause them to burst and rain fiery embers underneath.

A plain green wall isn’t going to start any conversations, so steer clear of this tired look.

“Ficus hedges are almost as dull as a big expanse of lawn—and their uniformity makes them a weak pick,” says Aoyagi.

“They’re easy to grow and give year-round color, but the thorns they produce make them tough to mow around,” explains Chris Lambton, a landscaping expert on “Lawn & Order” and host of “Yard Crashers.”

We’re looking at you, bamboo. This willowy wonder was imported as an ornamental tree, but some species grow incredibly fast, pushing out local plants and harming the biodiversity of an area.

“Many invasive species sap the resilience of neighboring plants and trees, which can speed fire cycles, make mudslides more deadly, and even change the composition of the soil, making it less hospitable for native plants that would otherwise protect us,” notes Aoyagi.

4. Planting too much, too close together

Don’t rush it when it comes to trees, urge the pros.

“Everyone wants immediate perfection, but patience really does pay off,” notes Aoyagi. Instead of cramming in a bunch of flowering bushes or young trees in one spot, plant them with space to grow so they’ll be stronger and healthier as they mature.

“Planting things too close together looks good for a year or two, but once the trees get bigger, they’ll fight for light and nutrients,” Lambton says.

The result? A lot of dead leaves and branches—and money down the drain. Instead, save your cash and plant a less ambitious garden.

Photo by Hanselman Landscape and Gardens

The trend of placing big rocks under trees, especially oaks, is a big pet peeve for landscape professionals.

“This pains me to see because it compresses the earth around the roots and can actually kill your tree,” says Aoyagi. A better strategy: Leave leaf litter on the ground, spread mulch, or plant shade-loving natives to decorate the base of your tree.

6. Planting too close to the house

Planting anything too close to your house is a nightmare in the making, says Lambton.

“Yews and rhododendrons were once typical foundation trees for older homes, but over time they get woody and can grow close—and this brings bugs and moisture inside,” he explains.

The resulting dampness can rot out a home’s siding, and big roots may damage the foundation or basement.

7. Not checking a tree’s final height

Read the labels on those saplings before buying them in bulk. Considering the height a tree will achieve and how it’ll affect the rest of your yard is important.

“Think about a tree’s size relative to the shadow it will cast, because anything that grows very tall will end up shading the full-sun flowers or bushes you’ve put in and they’ll die off,” says Lambton.

Pruning is cathartic! Clipping away while the bees buzz must be good for branches, right? Put down those shears and learn a little before you start cutting.

“You’ve got to prune at the right time of year, which usually means in late fall after a bush or tree has flowered,” states Lambton. And don’t just chop willy-nilly. Careful pruning in the right spots encourages the best growth and shape (consult a professional for help).